Born in Hanau (Germany) but of Italian blood, Sam lived in Italy (Palermo) where began his career in the early 90’s. He joined the house scene “made in Sicily” with leading organizations of electronic events, thanks to which he performed as a resident and guest dj in different clubs and brand parties around Sicily and then in the rest of Italy as well. During the following years he had the opportunity to perform and didi warm up for many big names and top guests from around the world. In 1996 he moved to London (UK) and then in 1998 to Germany, close to his city of birth, where he acquired genres and sounds to complement his music style, dj sets and releases. Was end of 1998 when he back at home , Sicily, where continue to study, working as resident for some clubs and promoter around the region .2002 first time in Ibiza where SAM start first collaborations thanks to which he start performed around Italy for first and then as in Spain , Germany , Poland and Tunisia.In 2009 he choose to move in north of Italy , Milan and till 2014 he lived there where became co-owner and art director of the Academy club, resident of “Unconventional party” and create an experimental art project named “huntz thunz lab” . it was 2011 when he received the offer to be label manager of gasoline records. Thanks to the label, new opportunities developed that led him in the following years to concentrate on the production of new music, in the management of the record label but was also catapulted into some important festivals as “Milan May Day Street Parade” , “Maximal Festival” and many others. Start to create first collaborations around Europe and realized parties like “Gasoline records showcase” in cities as Berlin, Madrid and in Barcelona during Sonar festival. Currently he lives in Ibiza since 2014, where he continues to do regular parties and showcases of the label. In 2016 he founded the party brand “Only Ibiza“ with his partner “Montoro” and together developed on the island the project with great success: Saturdays residency at Guaranà club,Regular boat parties, Hosted events in clubs such as Blue Marlin , Sankeys, Eden, Pacha, Veto club, Club 107, B12 Club, Nassau, Tanit, Elements, STK club, OD Hotel, Me hotel, The club, Gran Hotel Montesol, Seasoul beach club , Blue Marlin, Cafe Del Mar , Savahna and many others. Regular guest for “Deepfusion” 124 bpm” or „Podenco“, transmitted on Ibiza Global Radio .Since 2016 he started to cooperate with Ibiza Live Radio 103.7FM, and manages the “Gasoline Records Radioshow” on air every week , Early 2018 become Assistant Management of Ibiza Live Radio.Since 2018 SAM he also is resident of Cafe Del Mar Phuket ,Thailand – Asia. There found a new concept boat party named “SALTY” c/o the Hype boat club. Play as regular guest at BarFunk in Phuket , performed for several parties at Nikki beach & The Black Koh Samui ; Factory, BW, The Studio, Fizz Lounge, Victor beach & SongKran festival in Koh Tao , Full Moon party in Koh Pangan, Fridaze In Phi Phi Island , Oskar & Sing in Bangkok etc …Every year performed at Ade in Netherlands and Sonar in Spain . Was guest also at “WORLDCLUBDOME” Festival and guest at “WORLD LOVE PEACE PARADE “ in Germany on the Ibiza Live Radio stage and truck : 2019 was rich of success thanks to which he toured in Italy , Spain Russia, Germany, Ukraine and China . He signed release with: Gasoline Records (IT), Gravitè (FR), Ortega LTD (IT), Natural Beat (IT), Taste buds (UK), Klaphouse (IT), CibiCaldi (IT), Karunga Muusika (UK), Yousel (IT), Black kat (USA), Natural Rhythm (RO) , M-Sol Rec (MO) etc . But new tracks will be released by Gasoline records soon and under other labels within next months. 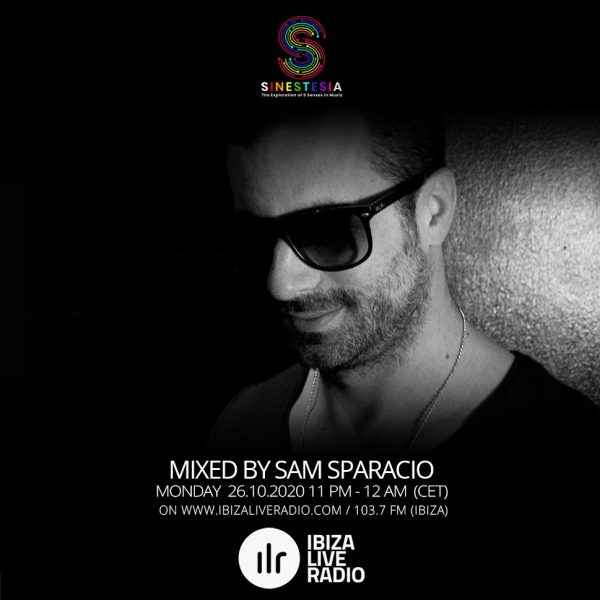