In the early beginnings of David Carollo’s musical journey, he stayed awake to tape-record live radio broadcasts by major Italian clubs, then created his original compilations, all with an old stereo. As soon as he laid hands on his first pair of Pioneer CDJ-100s in 2004, he began to spread his holistic, broad-minded collection of deep, funky, tech to soulful house influences, playing alongside artists like Davide Squillace, EarthLife, Cosmo & Kramer, Rolandson, Francesco Farfa, Adriano Canzian and Idriss D, and to other parts of the world like Germany, Spain, Turkey, Czech Republic, Macedonia, Singapore, India, Taiwan, Malaysia, Indonesia and Thailand. Currently he is living in Singapore, and he is bringing his set in clubs and events like Headquarters, Kilo Lounge, Ce La Vi, Tanjong Beach Club, Sunday Social and BeerFest Asia. On 2010 he launched his radio show SINESTESIA, for 2020 season on Ibiza Live Radio, and he is performing regularly at Headquarters club in Singapore. 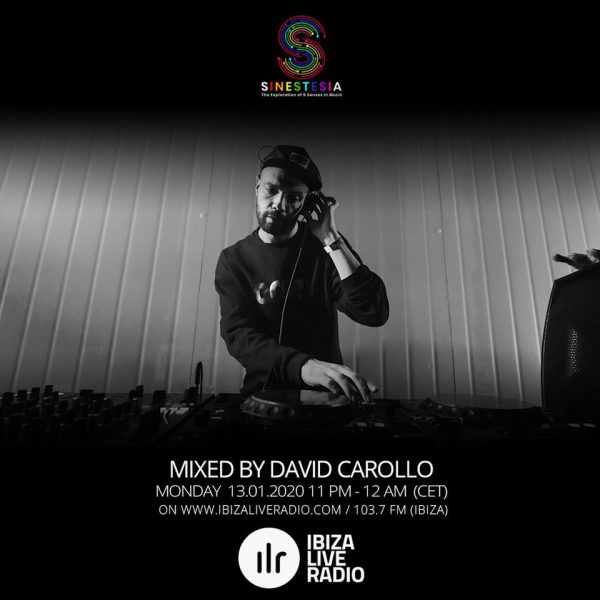